Sub-Ohm vs. Mouth-to-Lung: What's the Difference?

Many people outside or even inside the vape industry do not realize that there are two completely different types of vaping — sub ohm and mouth to lung vaping.

Mouth to lung vaping was the first to hit the scene but as vaping grew in popularity and companies continued to innovate throughout the 21st century, sub ohm vaping was created. The innovation of sub ohm vaping has challenged conventional vape culture. It is a polarizing type of vaping that some cloud chasers have grown to love or hate.

What’s the Difference between Sub Ohm vs MTL Vaping

We will be covering the major differences between sub ohm and mouth to lung vaping. With this information, you should be able to decide which direction to go in for your next vape.

Now, what is mouth to lung? Well to be honest it's exactly what the name implies. This one is a little easier to grasp than sub-ohm. Mouth to lung tanks are tanks that are designed and meant to replicate a cigarette in the most authentic way.

These tanks typically use a low power level. They can draw anywhere from 9W-28W depending on the coil, whose resistance is usually above 1.0 ohms and referred to as Pro-Ohm. When using a mouth to lung tank, the vapour is taken into the mouth first, then inhaled just as the name suggests.

We always guide people who are making the switch from smoking towards a mouth to lung vape. But there are no hard and fast rules. Others start with a sub ohm vape and never get to try a MTL... but in our opinion, that’s a shame!

Sub-Ohm is always a fun one to explain. Sub ohm tanks are usually on the larger side and use a high power level. Typically anywhere from 40W to 300W depending on the coil.

The coils usually range anywhere from 0.15 Ohm – 0.3 Ohm. Some vapers will say anything below 1.0 Ohm (Pro ohm) is considered sub ohm, but that’s not entirely true. There are MTL coils out there that dip down to about 0.7 Ohm.

Now these sub ohm tanks are the vapes that produce large amounts of vapour when being used. When using a sub-ohm tank, the vapour is not taken into the mouth first. It is taken directly down to the lungs and then exhaled. That’s where the term direct to lung (DTL) comes from but we prefer to just call them sub tanks. Keep it simple.

The sub ohm tanks have now become more popular than the traditional MTL. This could be due to a lot of things, but most attribute it to the stronger flavour and larger vapour production.

Yeah, some people like looking like a human fog machine. For instance, if you were to see 10 people on the street with vapes, it’s safe to say at least 7 of them would be using sub tanks. The high power tends to satisfy some people more than the MTL tanks but not in all cases. 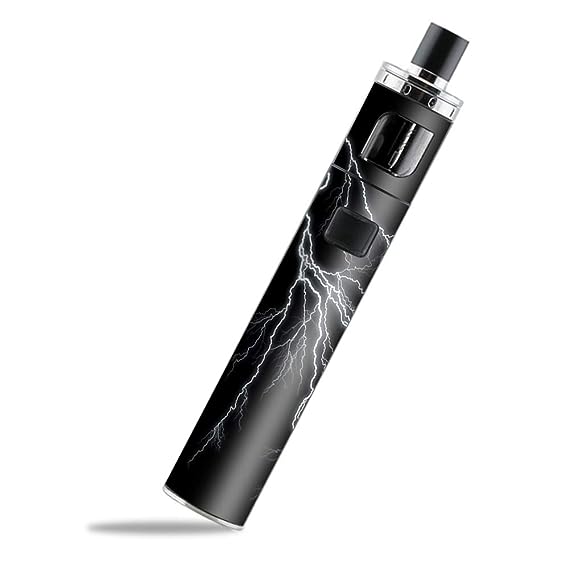 What About All-in-One (AIO) Devices and Starter Kits?

In most cases, an all-in-one or starter kit device is Mouth to Lung. This is because those who use starter kits are often making the switch from smoking. With a more “cigarette like” feeling, the success rate tends to be much higher.

Although most starter kits are MTL there are some expectations. For example, the Geek Vape Aegis Mini Kit is classified as a starter kit but is completely direct to lung. That being said, you could easily make it a mouth to lung by simply purchasing a mouth to lung tank for it. All in all, starter kits tend to be mouth to lung and we encourage you to follow that route when you’re just starting out.

Well, the major difference is obviously in the way we use the tank. Typically, we also see a large difference in coil size. Sub tank coils are much larger but not much more expensive than MTL tanks. Now, this does not necessarily mean they last longer, they actually burn out a little quicker than MTL tanks due to the power level they are being used at. Vapour production is a big difference with the sub tanks putting out large amounts while MTL usually outputs very little. Finally, we see a difference in the actual physical size. The sub ohm tanks are typically larger.

Which is Right for You?

That’s part of the reason why vaping is so successful. You do things the way you want to — not the way you’re told to.

Do You Prefer Sub Ohm or Mouth to Lung Vaping?